According to a 2021 Stack Overflow survey, ASP.NET and ASP.NET Core are popular across the world for building next-gen websites, interactive user interfaces for web applications, and mobile app development among businesses of all shapes and sizes.

It is forecasted that .NET trends will create a stir in 2022 as MNCs like Microsoft and Amazon are investing heavily in the .NET ecosystem. Even small businesses are building web projects with .NET making it one of the most interactive, simple, effective, user-favorite, and most-preferred web frameworks in the world. .NET will dominate the game in 2022.

Let us understand more about the most popular .NET Trends that businesses are using in 2022.

What is .NET Development Framework?

In 2001, Microsoft initiated the .NET Framework to enable companies to develop high-performance applications. The 1st version of .NET was 1.0 and this framework was built to run all kinds of form-based and web-based Windows applications. Initially, the .NET Development Framework was a multifunctional development platform, which was initially designed only for the Windows platform, but soon after the initial release of the Net Framework, Microsoft Corporation released several of these versions with the latest one being 4.8.

There are currently two types of .NET development frameworks on the market.

.NET and the .NET core framework. Both versions of .NET support almost all types of programming languages, the main ones being C# and Visual Basics, but it supports more than 50 languages and is considered a very versatile framework for developing applications. The .NET development framework can be used for applications, so there are no restrictions. Microsoft .Net Framework that can also be used to create web services.

Lately, .NET Framework has been extensively used by software developers to build web applications, Windows Server, Windows Phone, Windows, and Microsoft Azure. The network framework consists of programming languages, developer tools, and extensive libraries. You must hire a .NET developer who can help you to build desktop/mobile applications, websites, and other web applications. This is an ultra-fast and secure way to develop high-quality websites, web services, and games.

Several businesses are looking for ASP.NET Core instead of the traditional ASP.Net trend which means they are preparing for a new culture of open-source product engineering.

ASP.NET Core is becoming famous because of its indisputable safety features, a wide variety of programming languages such as Python, C#, and F#, effectiveness, and flexibility. The latest .NET trends show how popular the ASP.NET Core is among start-ups and MNCs. Its increasing fame has led Microsoft to release new updates to meet growing ASP.NET development demands.

It has been seen that the serverless computer market is expected to rise at an astonishing rate of 23.17%. Its scalability, affordability, and safety features have been one of the fastest-growing cloud computing technologies, helping many companies grow their applications and solutions business. Microsoft Azure Functions offers many productivity services for building exceptional cloud applications using the .NET Core programming language. Today, it has become one of the preferred serverless computing systems for developers around the world.

3. The rise of open-source platforms

The .NET development framework for managing applications using an open-source platform has its unique aspects. Microsoft has recently released many other open-source platforms, so it can be forecasted that the open-source technology will grow as architectures like the .NET core have now become more popular.

According to data from Google Trends, we can see that the development of Xamarin is gradually increasing. Xamarin has managed to bridge the gap in the cross-platform framework for Android and iOS. It is popular for developing hybrid applications for mobile users. Xamarin has resolved documentation, performance, and compatibility issues that developers were facing when Mono was available.

The developer community is built on the functionality of the .NET MVC framework. NET 5 is one of the best frameworks for use as it enables you to use the Blazor framework to transform your existing application into a feature-rich user interface. It provides a jump start to Vue SPA, Angular, and the React framework. Don’t worry if you don’t know how to use it for development. Net 5 includes WPF, UWP, and Winforms. This technology only enables desktop applications running on Windows. Some other services offered are:

• EFCore, the core of the Entity Framework, will replace EF6

• ASP.Net CoreMVC is a combination of ASP.NET MVC and WebAPI

6. Overview of the .Net 6 framework

Microsoft announced on December 14, 2021, a new open-source cross-platform .NET 6 framework which is a long-term support (LTS) release for 3 straight years. The best features of the .NET 6 Framework are that it will provide an integrated platform for browser, desktop, IoT, cloud, and other mobile apps. It also enables compatibility with Windows Arm64, Apple Silicon, macOS, and other operating systems.

Azure has dominated the cloud computing market because of its competitive advantages such as affordability, reliability, scalability, and flexibility. Its added features like advanced security, service level agreements, and maximum uptime availability have been more popular. Microsoft SQL Databases, Azure Virtual Machines, App Services, and Azure Storage are some of the advantages and features offered.

Introduced in October 2017, Blazor can rapidly develop web-based interactive single-page applications (SPAs) for various platforms such as Windows, Android, and iOS. Its USP is that Blazer doesn’t use I/O threads to handle user requests on the page and is extremely popular for developing high-end web applications that require higher domains.

Docker is the best container technology to run smoothly and helps developers develop and deploy ASP.NET-based websites in a short time. Features like scalability, security, and high reliability have popularized Docker support in 2022.

The .NET Framework comes with an advanced security system that provides increased security and improved performance. .NET has improved structure adoption and code control, making it one of the most secure phases. Encryption has also been improved so developers don’t have to worry about information leaks from websites.

Some of its best security features are:

By deploying cloud services, all the pain associated with storage has disappeared. It’s amazing how users around the world can access their documents, tools, and data and extend their business environment in ways they could never have imagined before. Finally, we provide the big data, artificial intelligence, and data analytics techniques you need to explore your prospects. Many companies like Microsoft Azure, Google Cloud, and AWS lead the competition to provide the best cloud storage services.

.NET has a reputation for being one of the most suitable Microsoft-supported frameworks that are reigning in the market for developing web applications. It comes with advanced features which will undoubtedly be at the forefront. Therefore, if you want to build a highly efficient, secure, and interactive web application, you should hire a .NET developer today.

.NET is an extremely popular and relevant framework even in 2022. Its advanced features and tools make it one of the most preferred frameworks for developing web applications.

Q2: What are the benefits of using .NET?

.NET provides a number of advantages and benefits including security, performance, scalability, and more.

Q3: What are some of the popular trends in .NET?

Some of the popular trends in .NET include Blazor for web development, Docker support, ML.NET 1.4 Framework, and more.

.NET is used for developing a variety of applications including web, mobile, desktop, and more. It is also used for building cloud-based applications. 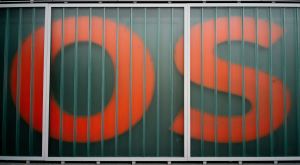